In 2010 Gardiner was Artist in Residence in the Geography Department of the University of Nottingham on a project investigating the Lake District. Gardiner began his residency by considering the legacy of artistic activity in the region, from Thomas Hearne’s tours in the 1770s that resulted in watercolours that Gardiner believes: ‘convey a sense of solitude; there are no atmospheric effects, just the stillness of the landscape’ to JMW Turner’s watercolours that he sees as ‘significant for their serene sense of space’ and the work of Ruskin and Lowry in the area. He decided to paint a series of waterfalls, capturing the drama of moving water as it cuts through the towering cliffs formed from these ancient volcanic rocks and their granite roots at places such as Taylor Gill Force, at the head of the Borrowdale Valley, Scale Force, Crummock Water in Cumbria, the highest waterfall in the Lake District, Stockghyll Force in Ambleside where Schwitters settled and Mosedale Beck which runs into Wast Water, the deepest lake in England.

Gardiner’s fascination with the forms of the rocks as they are eroded is evident in these works, as is the importance of drawing, for these abstract drawn or incised marks exist like a ghostly scaffold within the painting as in ‘Dove Falls, Dovedale’ (2011). To reference yet another artist, one might mention the work of Wilhelmina Barns-Graham, the Scottish-born St Ives artist who applied the lessons of Ben Nicholson’s idiosyncratic line to her abstracted depictions of glaciers in Switzerland. As ever, Gardiner’s work oscillates – both in terms of its unfixed surface elements, and his subtle acknowledgement of the artists of the past. Drawing on such a myriad of artistic influences could be a very slippery terrain, but Gardiner steers his course and maintains his own voice and integrity, using the lessons of other artists for his own visual ends. 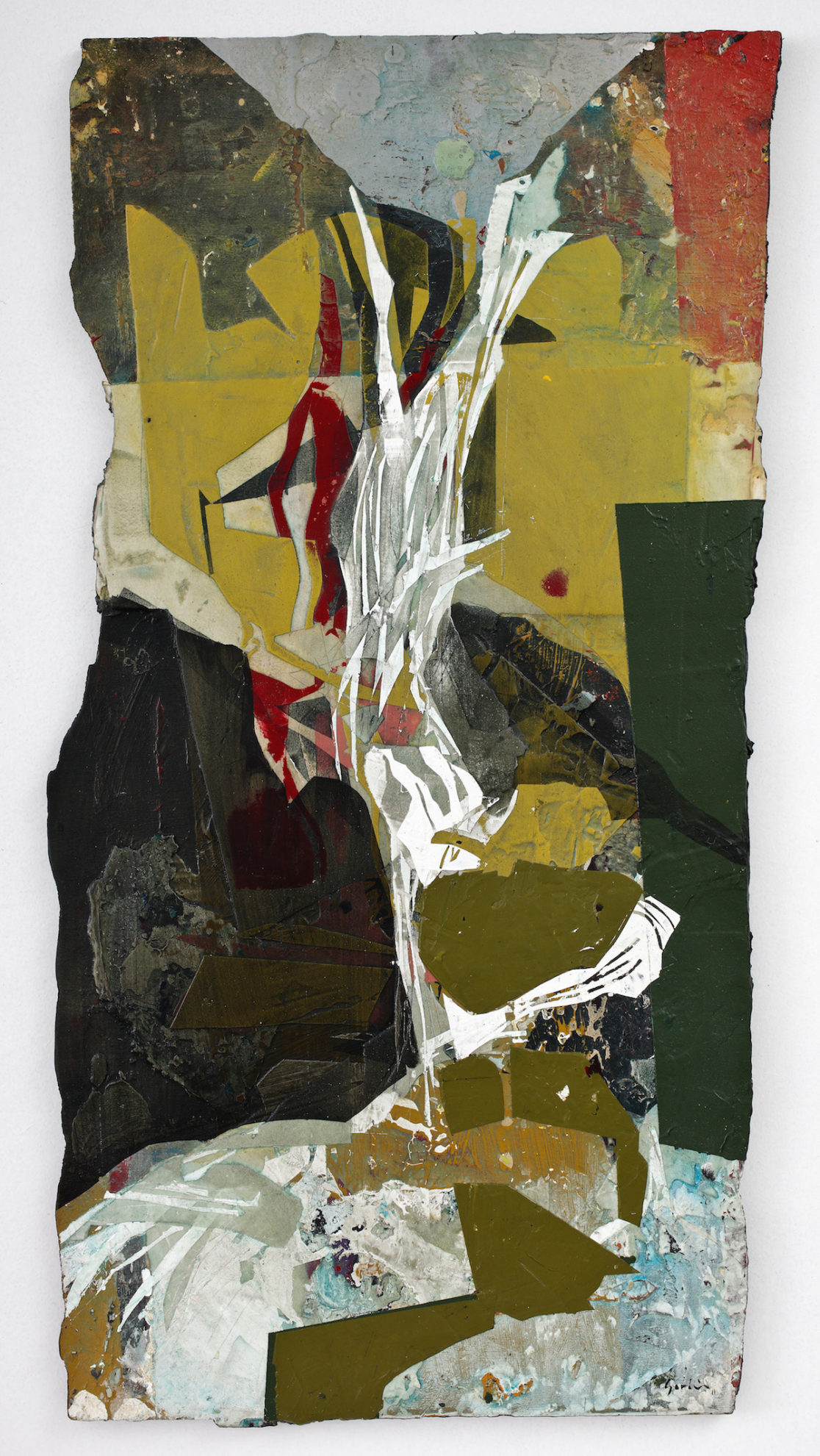 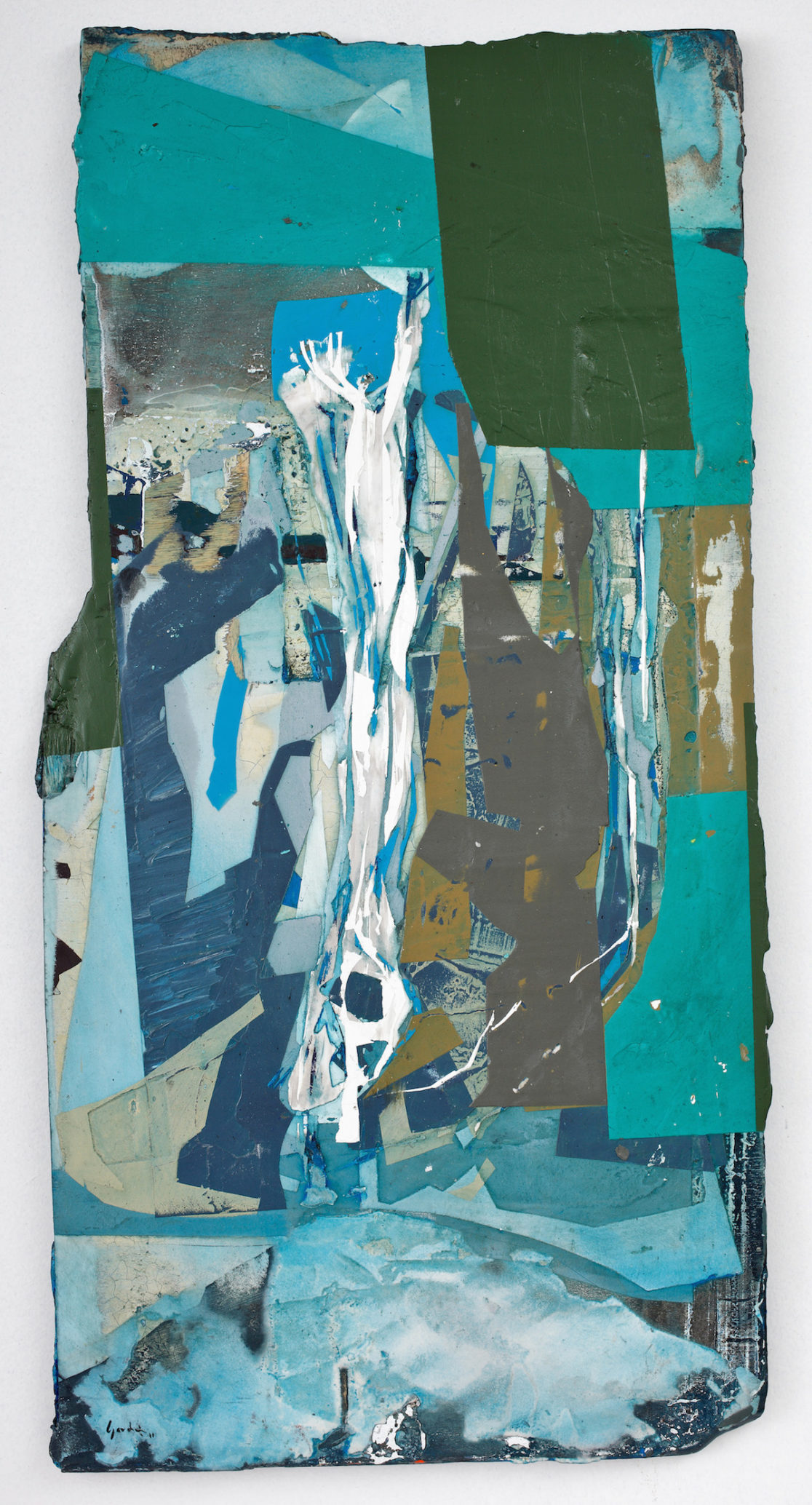 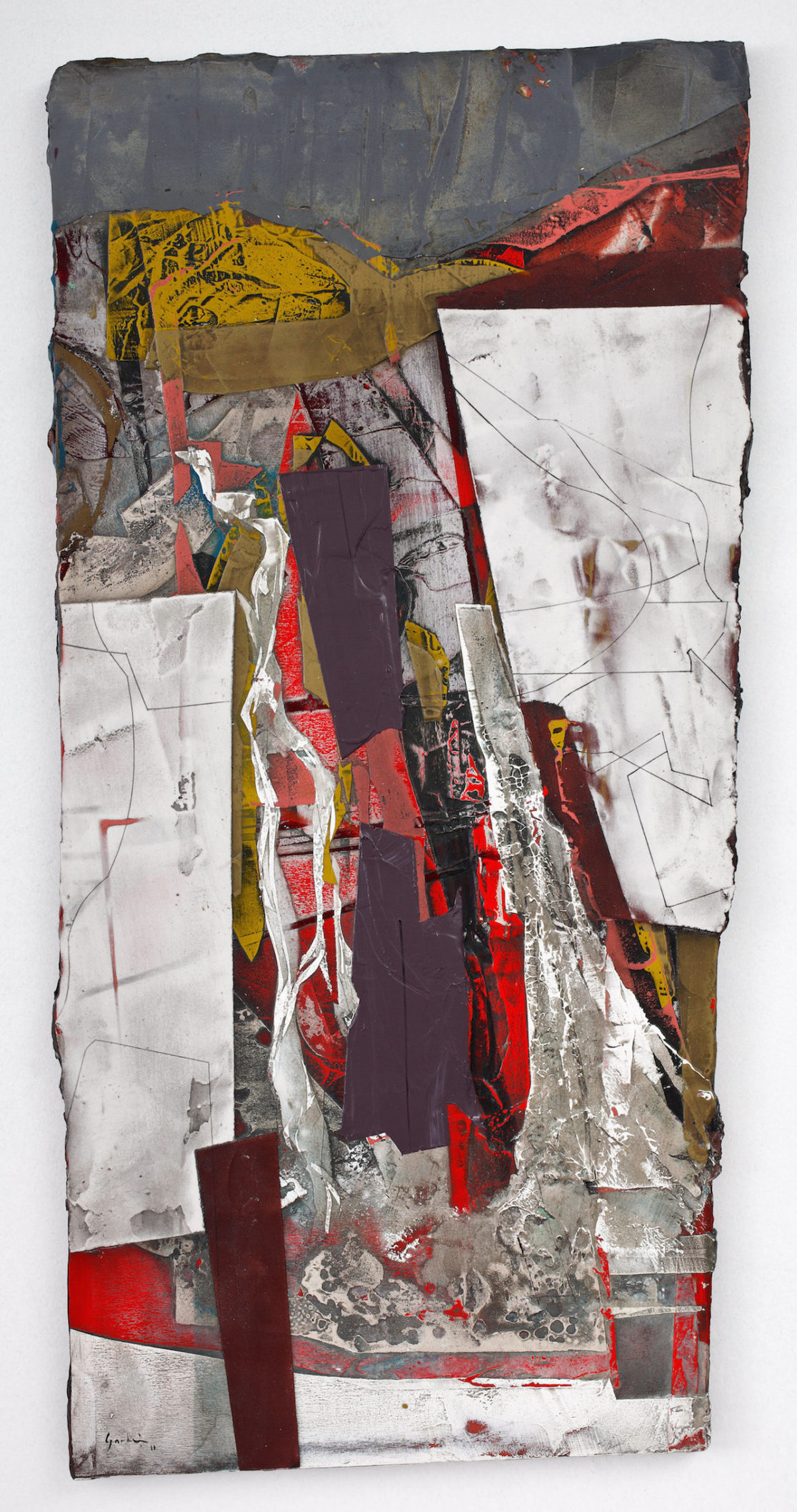 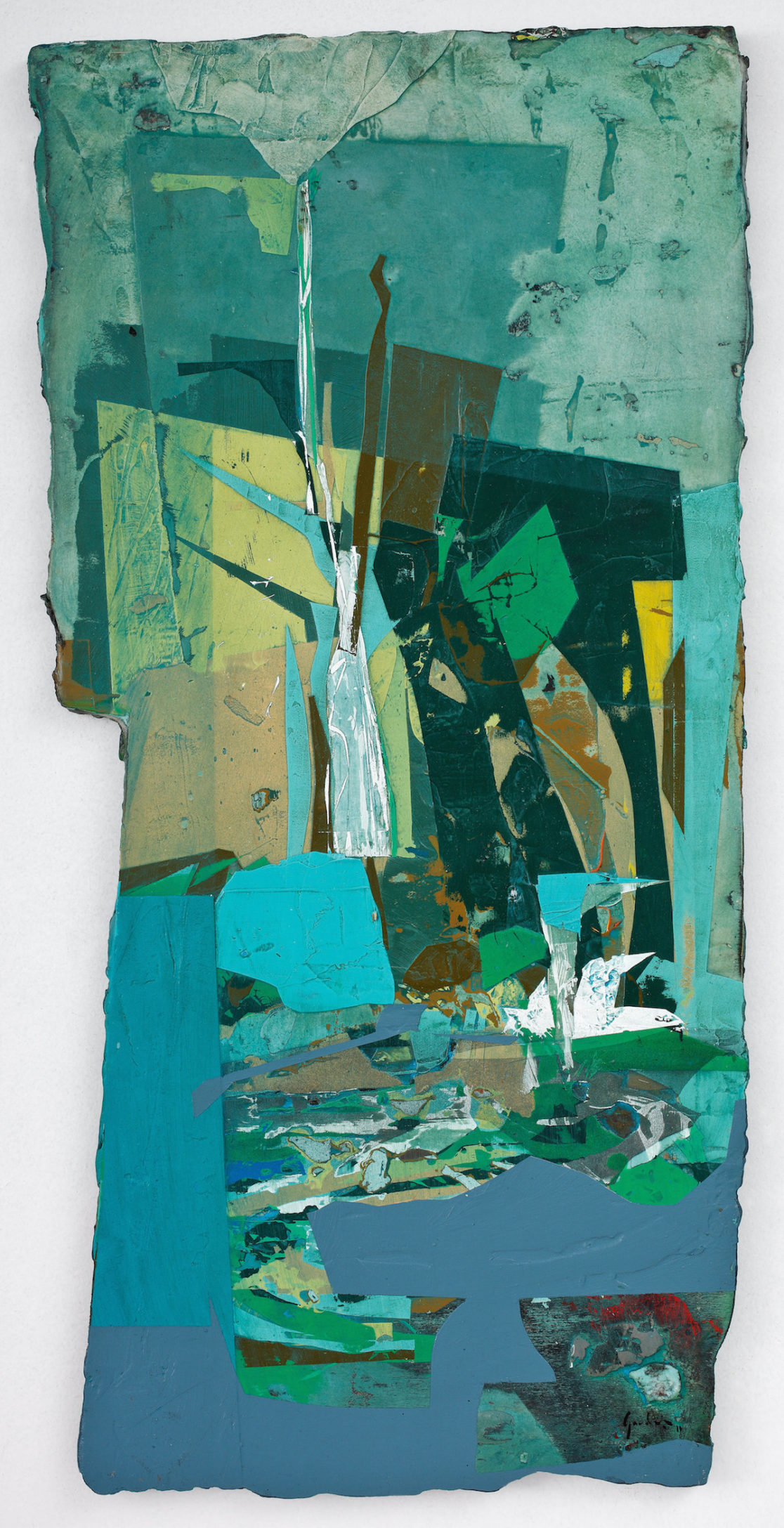 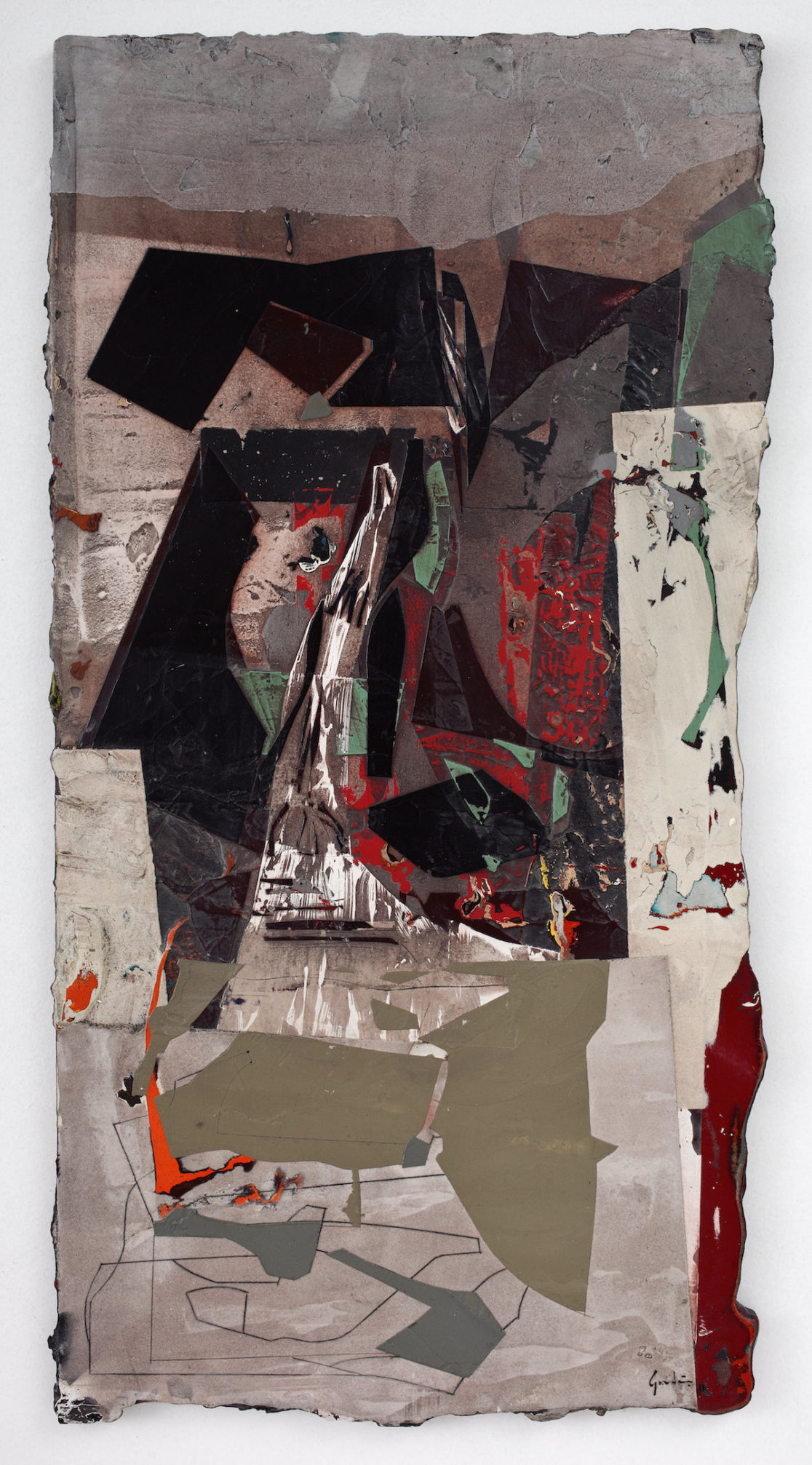 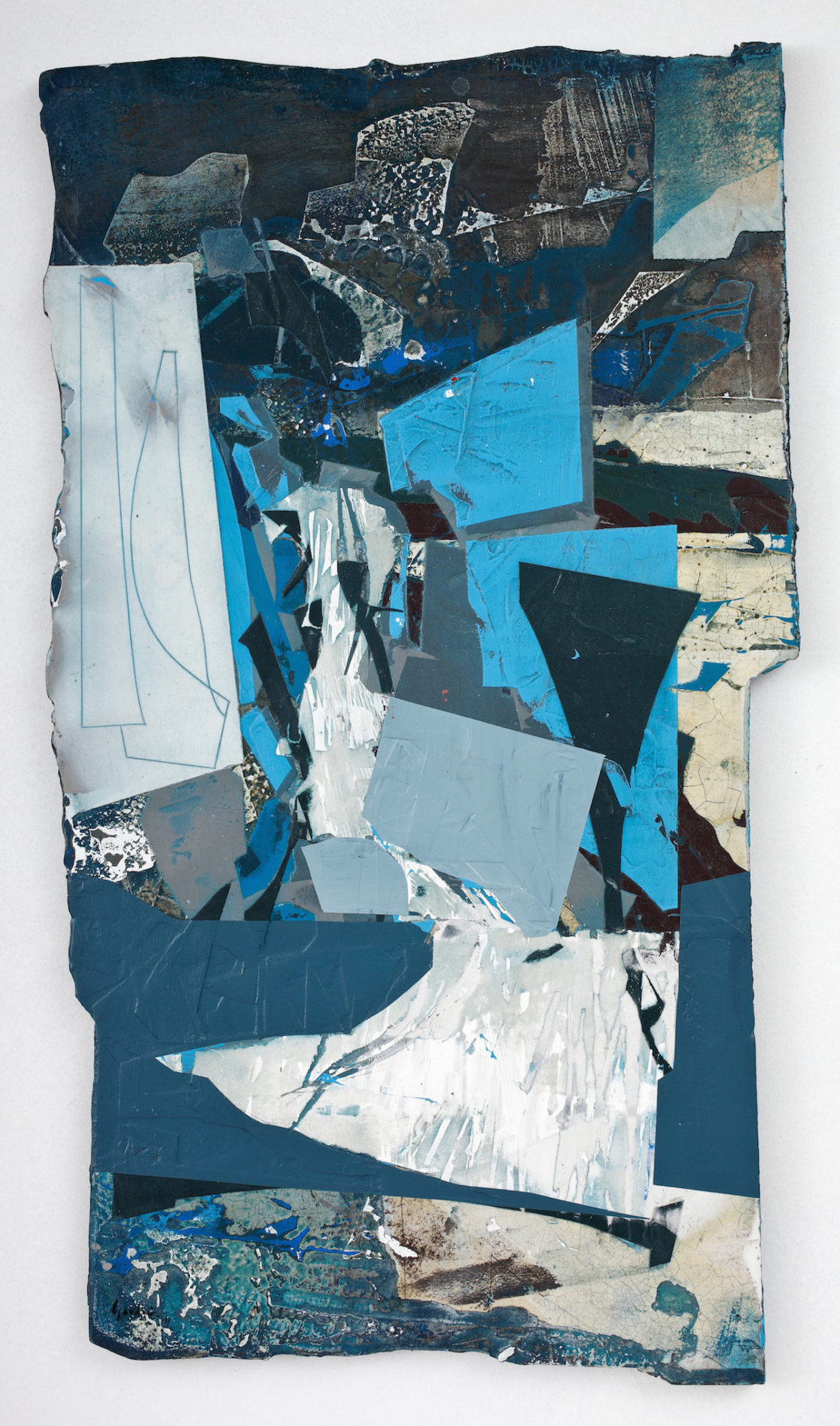